A Brief History of the RVs 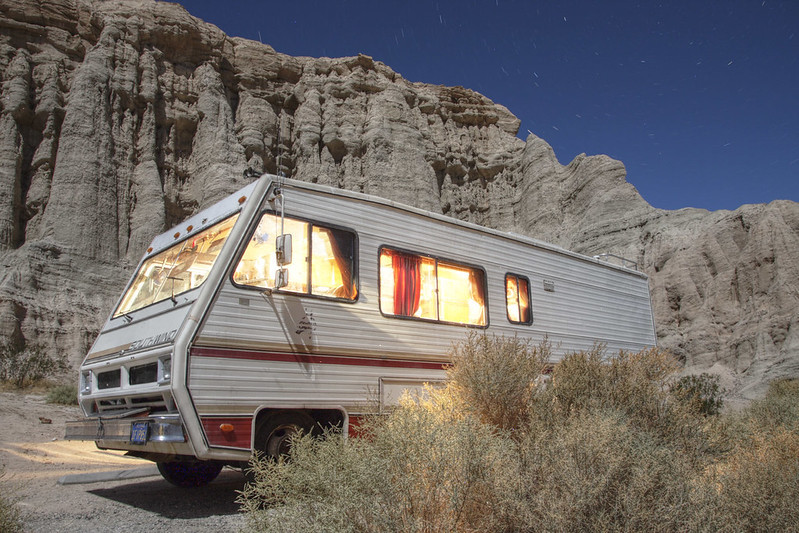 From their humble beginnings to the luxurious campers we see cruising down the highways today, RVs have come a long way. RV history, depending on who you ask, can be traced back to the early 1800s or right around the time automobiles were mass-produced.

So let’s hit the open road on our journey through the history of RVs!

The First RV: The Little Wagon That Sparked Big Dreams

There is a bit of a toss-up when it comes to the first actual “RV” to hit the road. Some say that back in the 1800s when gypsies travelled through Europe in covered wagons, this could be considered the “first RV”. Since the gypsies were capable of living out of their wagon whilst travelling, it is believed that this actually sparked the creation of recreational vehicles.

Now flash forward to 1915 — motor vehicles just started being mass-produced, and nature lovers and car enthusiasts were teaming up with the goal to create the first RV. It wasn’t until 1904, according to the Smithsonian, that the first “RV” was hand-built onto a vehicle. The original prototype motorhome slept four adults on bunk beds, was lit by incandescent lights, had an icebox and a radio. 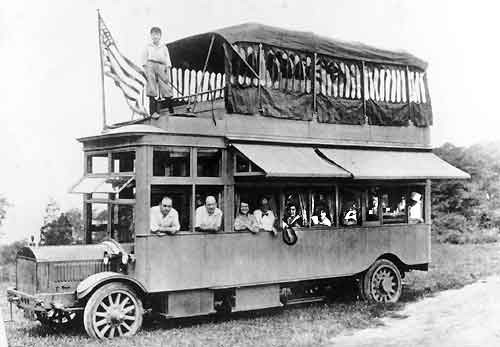 The first RV prototypes were later refined in 1915 with the creation of the gypsy van. Now don’t let the name mislead you, gypsy vans were far more technologically advanced than the covered wagons gypsies would live out of in the 1800s. The cleverly designed 25-foot, 8-ton conveyance had been custom built by Roland Conklin’s Gas-Electric Motor Bus Company. The gypsy van quickly became a sensation across the nation as people admired the convenience of mobile camping.

As more Americans became entranced with the idea of smoothing the roughness of wilderness and as camping grew in popularity, more motorhome innovations came about.

Onto New Fearless Roads: The 1920s

Although camping and life on the road was gaining popularity at this point, motorhomes did have some pitfalls. One of the disadvantages was that you could not disconnect the house portion from the automobile part. This meant motorhomes were restricted to automobile friendly roads only. In addition, motorhomes were a little pricey. This led to the creation of RVs famous understudy: the trailer.

Trailers became the choice for average people. Motivated tinkerers soon began to play around with the functionality of tent trailers and attached the tent canvas onto a collapsible frame. In addition to this frame, they also added cots, cupboards and cooking equipment. By the mid decade, you could easily purchase a fully equipped, manufactured tent trailer.

A Rain-soaked Solution in the 1930s

By the 1930s, tent trailers had become the norm if you couldn’t afford their more expensive alternative, the motorhome. But one fateful and unfortunately rainy day, Arthur Sherman’s family got caught in a particularly nasty thunderstorm. Although their tent trailer boasted to be a fully waterproofed cabin in 5 minutes, this was certainly not the case. Sherman, who was understandably disappointed with the lack of waterproofing provided by his tent trailer, decided to create something better. This new camping trailer would host a variety of amenities inside, such as cupboards, iceboxes, stove and built-in furniture on either side of a narrow central aisle. This new six-foot-wide and nine-foot-long trailer would be called the “Covered Wagon”. 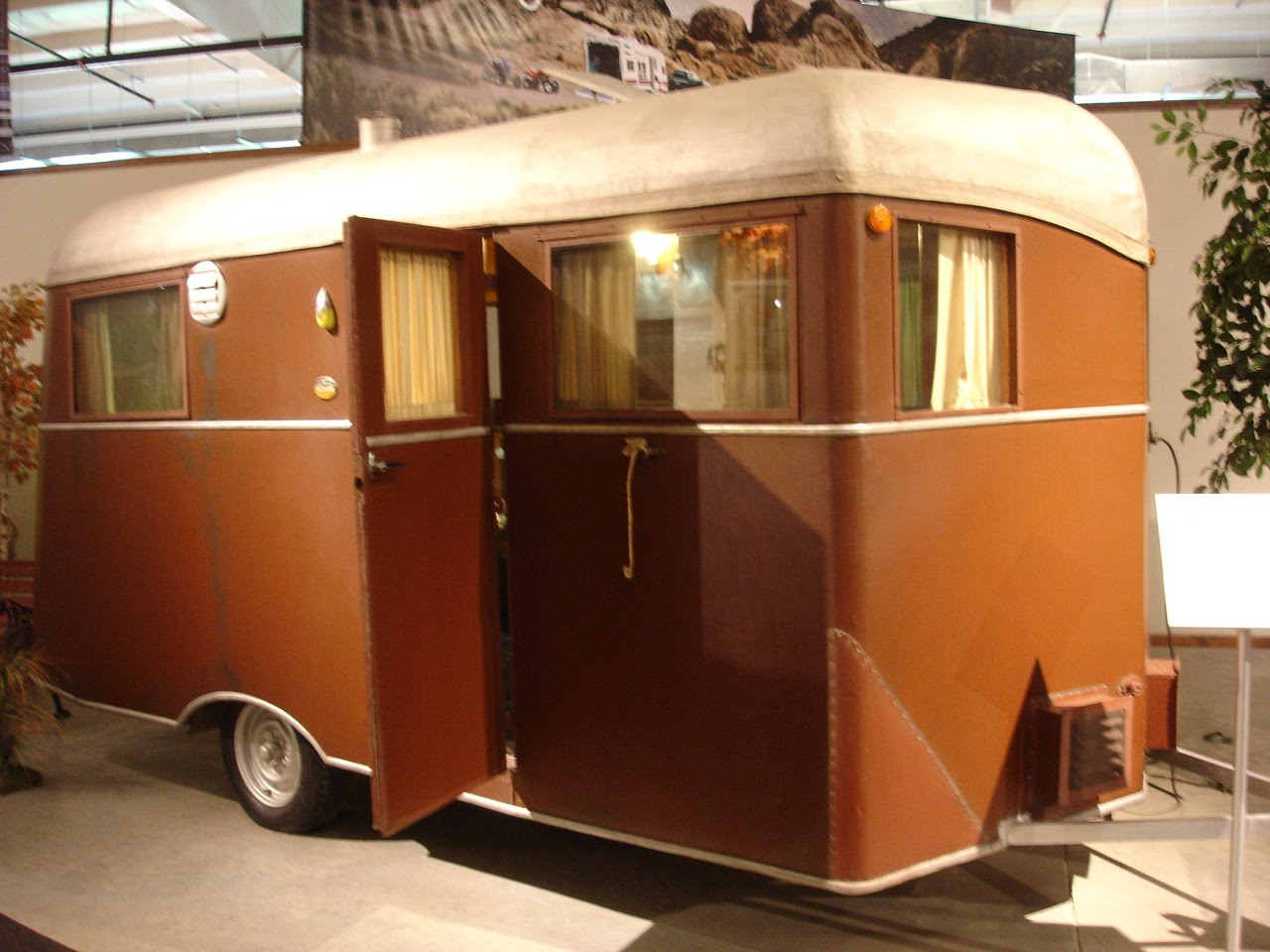 The appeal of this new alternative was as clear as day, and soon the popularity of covered wagons began to spread.

Getting Cozy and Innovative in the 50s

In the 1950s, after the second world war, RVs started becoming popular again as young families and returning soldiers became interested in cheap ways to travel. Some of the big RV manufacturers began adding new improvements to their models. Things like plumbing and refrigeration became mainstream. Among some of these big name manufacturers are some you may recognize today, such as Ford, Winnebago and Airstream.

Luxury became a purchasing option as well in the 50s, as bigger, better and more home-like decor interiors came on the market. Marvels like the executive flagship RV, which sat on 10 wheels and was 65 feet long with wall-to-wall carpeting, two separate bathrooms and even a portable pool (WITH diving board), became an option for those who wanted all the bells and whistles and didn’t mind the price tag.

With all the advances in the 50s and the evolution of RVs, the term “motorhome” became a permanent fixture in mainstream vernacular.